Welcome welcome welcome to 2017! I've been on quite the hiatus but am ready to get back at it with fresh material and *hopefully* fresh thoughts. This month's Snap of the Month post will be dedicated to collages. Collages have been a fun DIY activity for a long time but smart phones and apps have made this activity more accessible than ever. With the touch of a few buttons, you can have a collage created using pictures that were digitally stored and posted to socially media within minutes.

There are many benefits to collaging. You can share many moments with one image so that for the attention-challenged millenials and globals, there is no scrolling through multiple images (ain't nobody got time fur dat!). Additionally, if you have some less-than-stellar in quality images, you can hide that by putting them in a collage and playing to their strengths. For example, if the image had an unsightly spot due to a dirty lens, window, finger in the picture, or whatever, you can hide it and still use part of the image. Now, obviously there are some images that are beyond saving, but in general collages are more forgiving for less-than-perfect pictures. Collages also allow you to strike a tone or mood in ways that a single photo will not. For example, you can  balance your collage by color so that the overall effect is nicely balanced with lights and darks evenly distributed. This concept is similar to what you would do with an ordinary photograph or image but because there are multiple photos involved in creating a single image, you can arrange the individual photos by color scheme to create an overall specific color effect (e.g., rainbow, all a certain color but different types shades, etc.) for the collage. I'm a proponent of certain cliches and especially this one: the whole is greater than the mere sum of its parts. A collage is created of individual photos but can also create a larger picture itself (this is more advanced than most run-of-the-mill apps will let you do right now, but it is an option for those overachievers out there).

Collages are also a way to reflect an entire time period or consolidate an outing or activity. They started as a way to commemorate specific moments, relationships, outings, trips, etc. and wrap them up as keepsakes.

There are a couple of do's and don't's with collages:

-DON'T overcrowd. Too many photos will bog it down and make it impossible to see or comprehend.

-DO use several images as that's what making a collage is all about! A good rule of thumb is ~ 3-7 images.

-DON'T bog it down with excessive stickers, text, or distracting frames.


Collage composed of photos from Ecuador 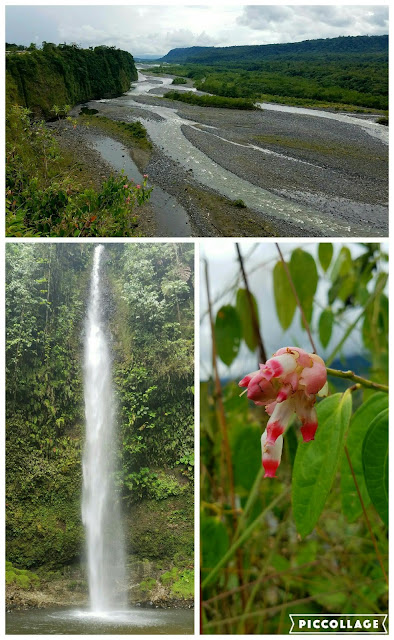 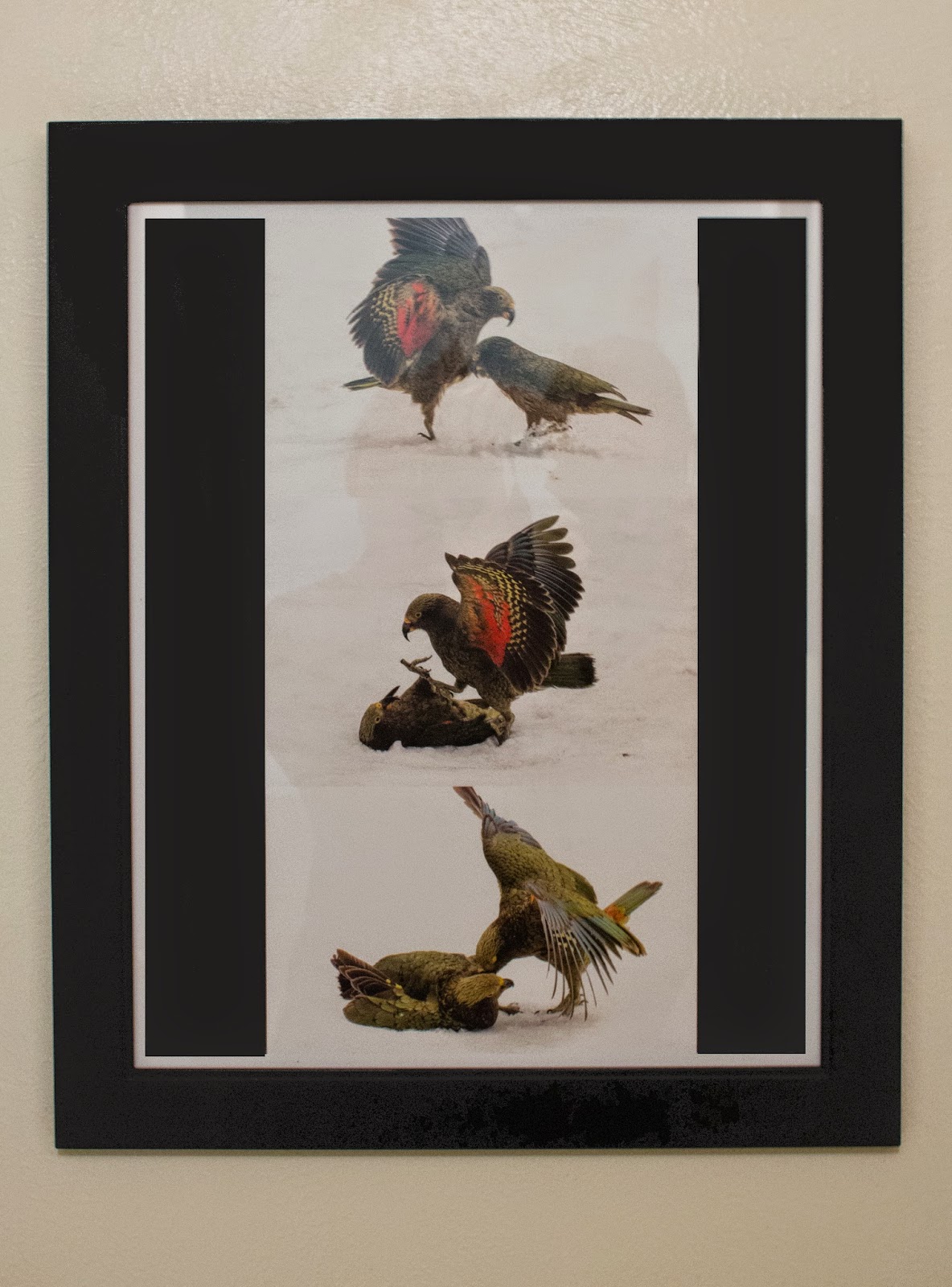 Background: Owning a house after years in an apartment in Chicago means lots of wall space.

Thoughts: Back before we bought a house, the idea of a clean slate (aka, a lot of empty wall space) did not thrill me. I am not one to decorate. To say that everywhere we lived before this house was half-assed is being kind. I just never cared. What changed is that I realized I finally had a canvas for my own work, and it was a roomier canvas than ever before. I finally had the room and motivation or right head space to provide for creativity. I have a lot of photos that I wanted to display and I've been playing with different ways of doing that. Canvases, prints, posters, etc. The picture above was created using a series of three shots of Keas that were taken in New Zealand. I wanted to portray a scene without breaking it up into individual spaces on the wall and I wanted it to flow naturally. So, I constructed this image with black siding to give it the film-strip type look with a white outside border and no breaks in between the individual photos . The final product is 16x20, not including frame.
Posted by Katie S at 5:13 PM No comments: 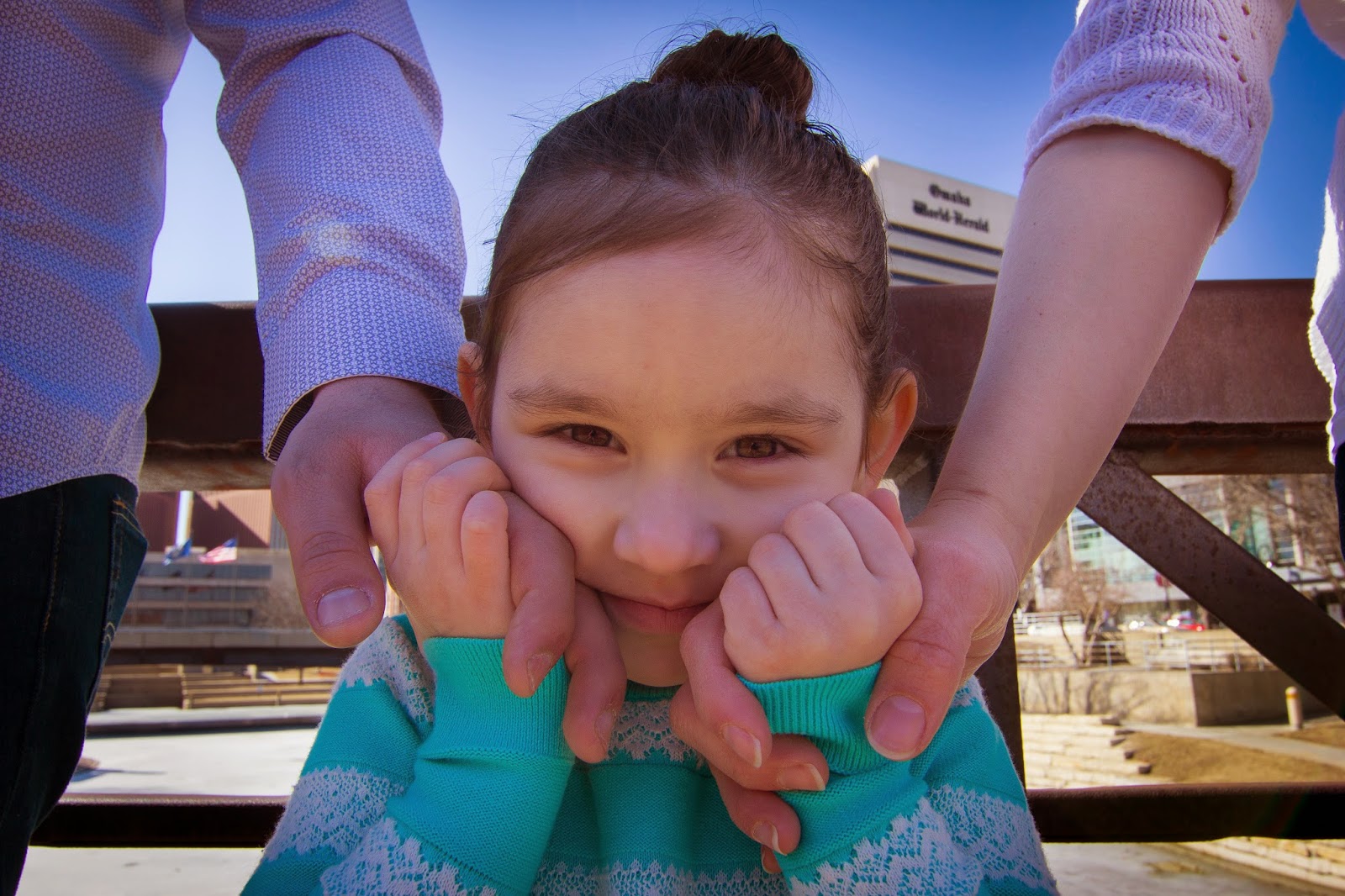 Thoughts: While I don't want to be pegged as a family photographer, I have enjoyed the family shoots I have done. It's challenging coming up with ideas on the fly especially in a city in which you don't live, but it also allows for more spontaneity and opportunities to try new things (cliche, I know, but damn it there is truth in it). The little girl in this picture just decided to up and grab mom and dad's hands like this. When moments like this occur, I feel really lucky to be around with my camera because the people I'm working with are naturals and I am able to capture a sweet, spontaneous moment that isn't forced. When we're allowed freedom, the pictures come out much more natural and reflective of the family as a unit, or at least how they want to be remembered as a unit. 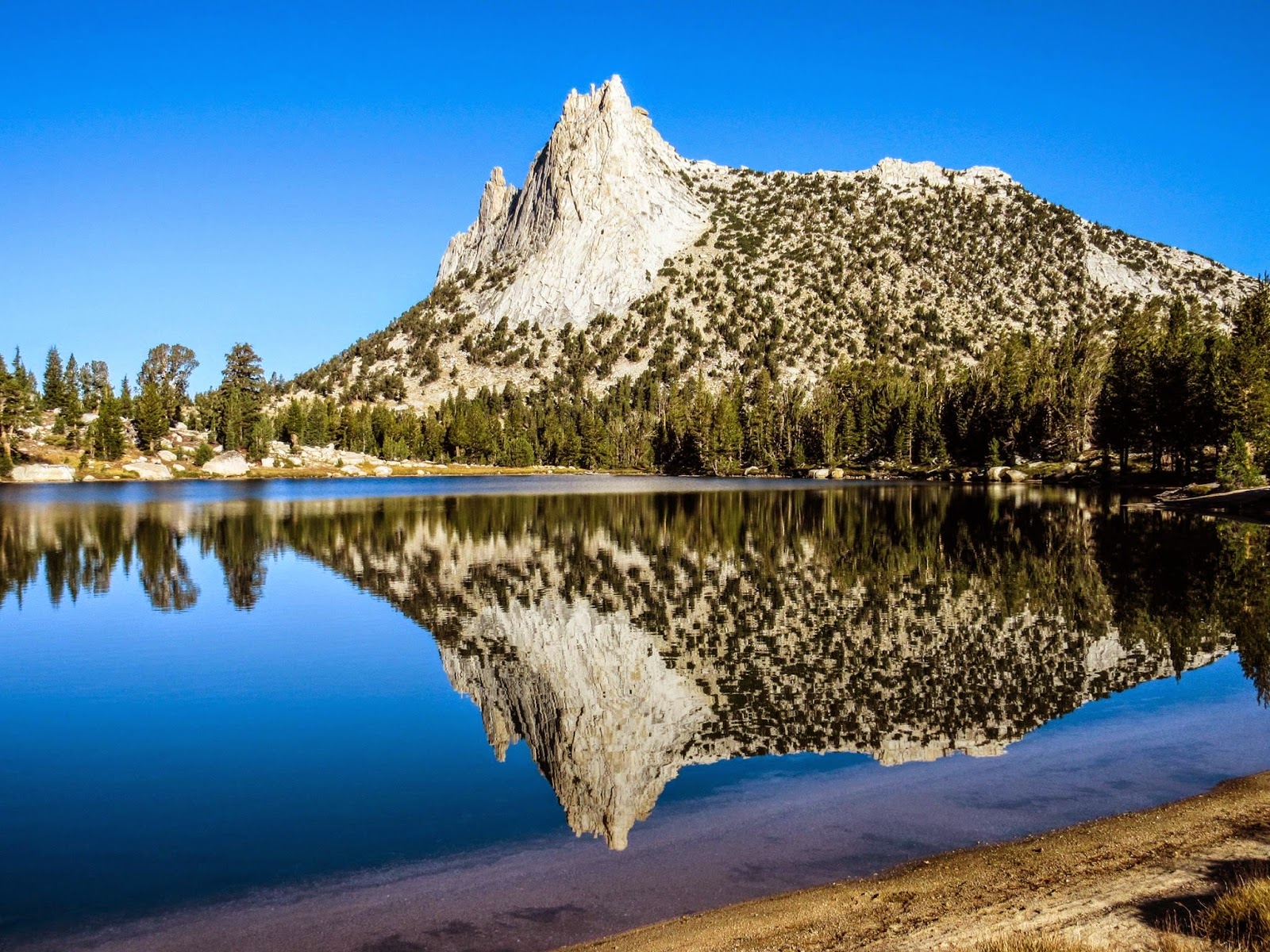 Thoughts: I've always wanted to get a good reflection shot and I was finally blessed with the opportunity in Tuolumne Meadows. I could not have asked for a better day. Moments like this are why I am more than happy to add the extra weight to my backpacking pack and bring my big camera. The sacrifice is nothing compared to the reward.
Posted by Katie S at 11:27 AM No comments: 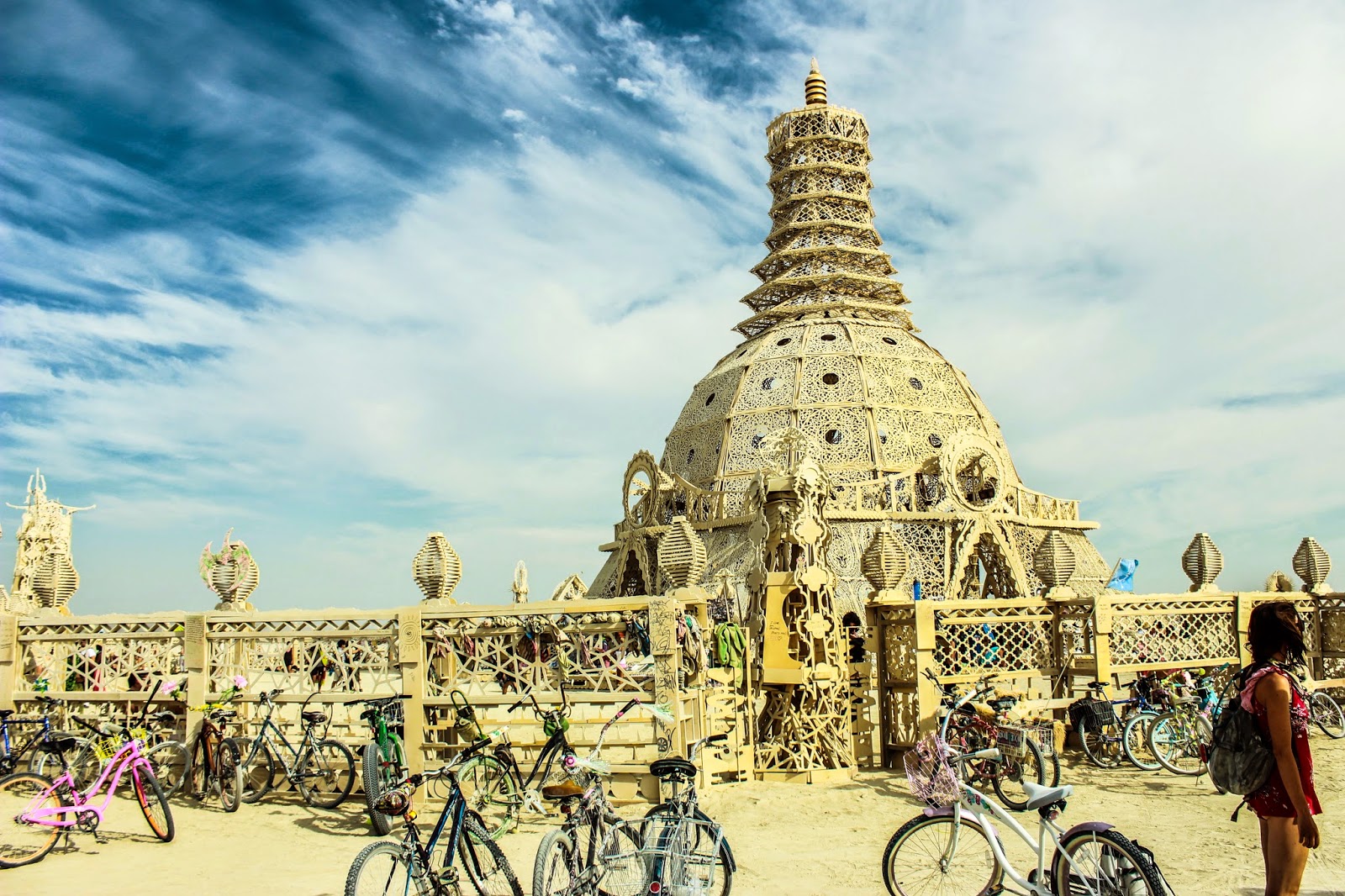 Background: Went to Burning Man again this year. This was The Temple.

Thoughts: When shooting someone else's art work, I feel like I'm almost cheating. It feels as though all of the hard work has been done for me already! For example, here I just rolled up on a sunny day and BOOM! the picture presented itself. When shooting artwork, it feels important to find a new angle or a new take on it that others haven't. I say, find the angle that best expresses what you see in the piece. For example, The Temple to me is a very spiritual place; it is beautiful and full of emotion. This photo I think expresses a lot of happiness and the beauty of the place. I'm sure hundreds if not thousands of others captured The Temple from a very similar angle, but the way I chose to edit and the exact angle are all mine and are my expression of what the temple means to me.
Posted by Katie S at 6:23 PM No comments: 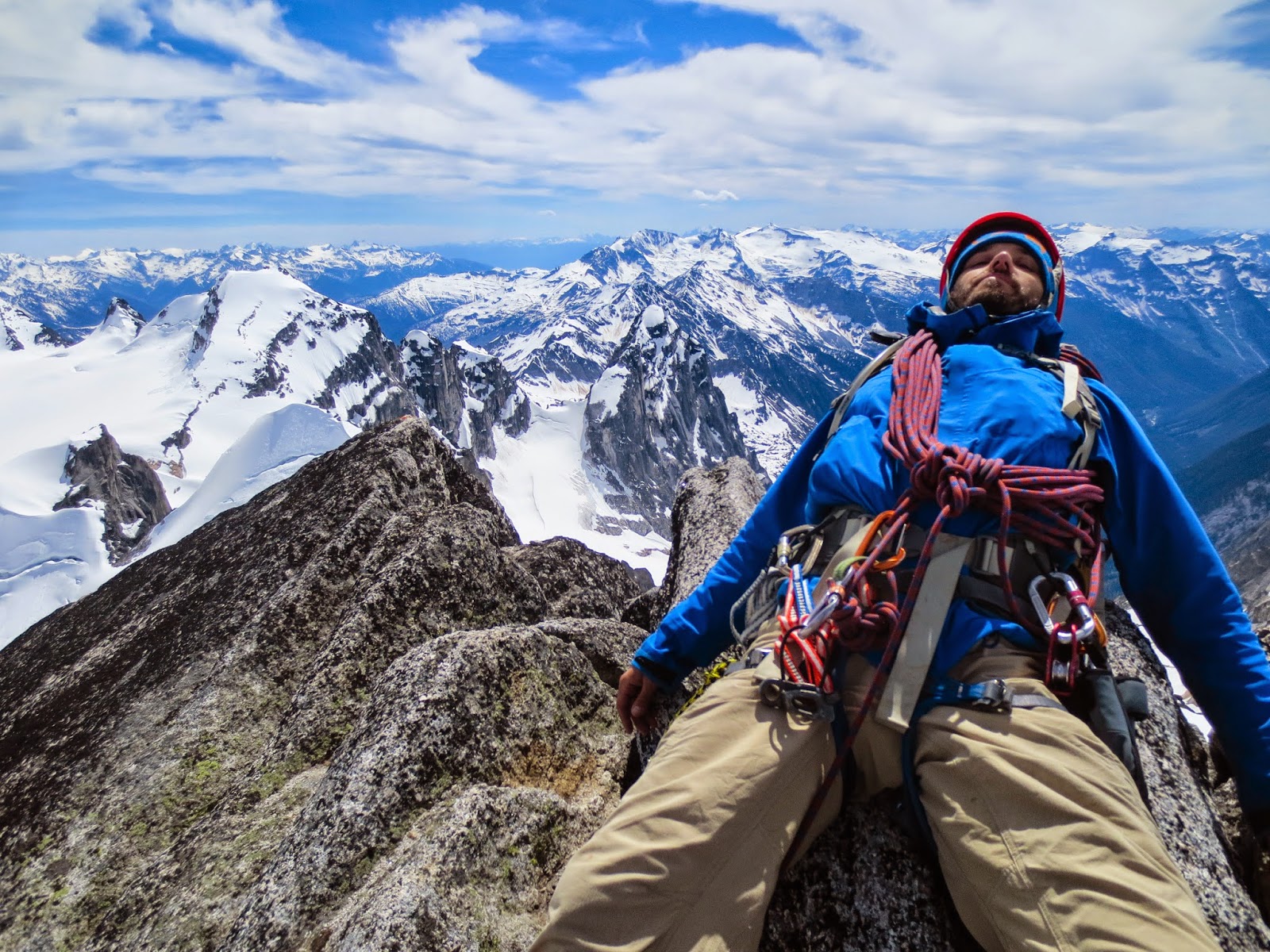 Background: Mountaineering trip to the Bugaboos in British Columbia over the Fourth of July.

Thoughts: If you are going out to play in nature, make sure that at least some of your shots do your journey justice. This photo is exactly what it appears to be.  He was precariously perched on the top of a large rock that was on the way up to the summit of Pigeon Spire.  Wind howling in our ears and threatening our every move piled on top of the crazy 500 foot drop on either side of this rock, but look at that view!  Make sure that if you're out in nature and enjoying its sheer awesomeness, that you snap at least one or two pictures that demonstrate that.  This picture was taken with my point-and-shoot and I couldn't be happier.  Yes, it could be technically better but I think it definitely does justice to our surroundings and the activity that put us there.
Posted by Katie S at 4:35 PM No comments: 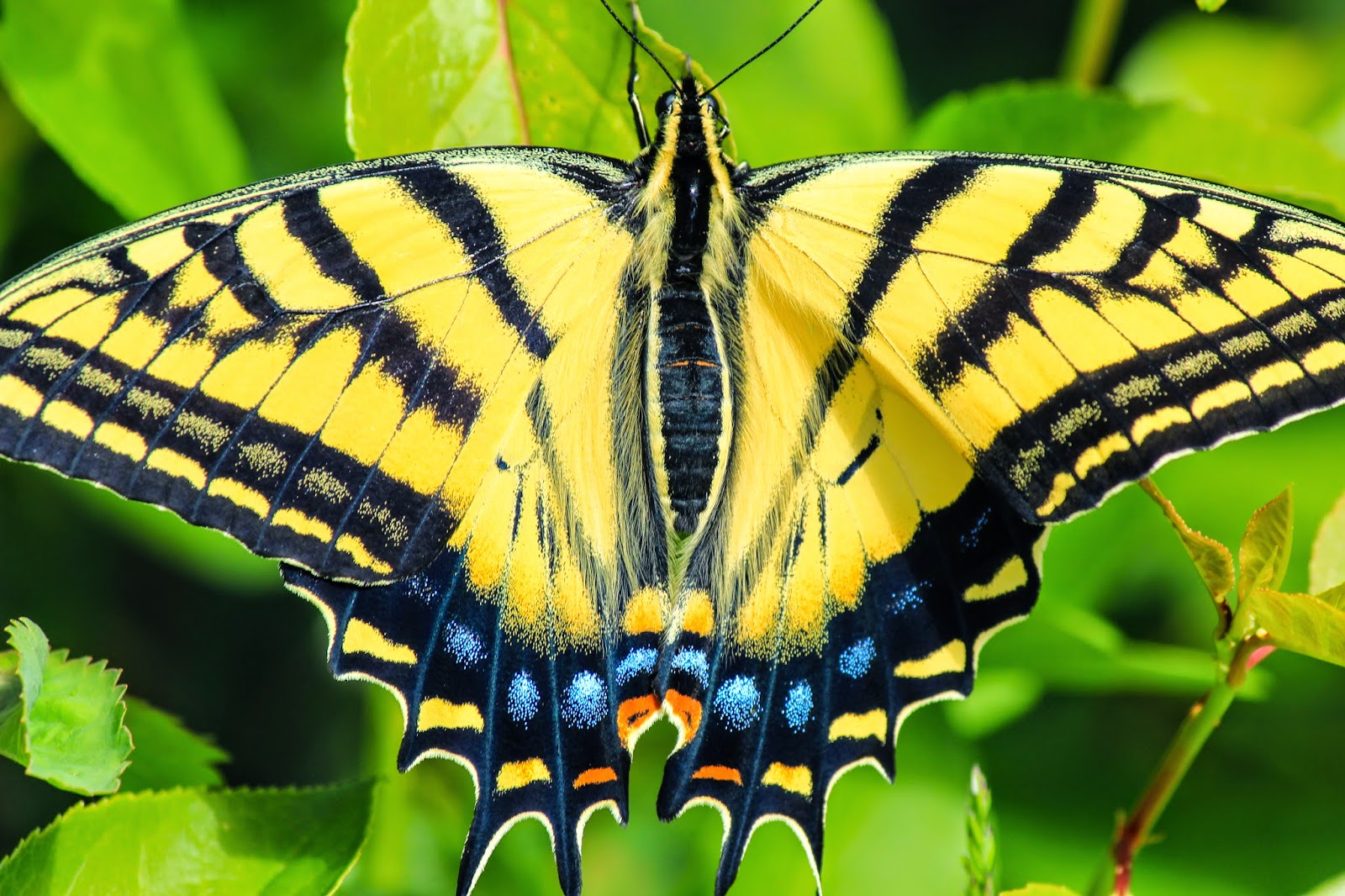 Background: I love backpacking.  It's my favorite outdoor activity.  What I love about it is that it provides me with ample opportunity to take as many pictures as I want of whatever I want.  I like shooting plants and landscapes, but what I really love shooting is animals.  Bugs, reptiles, large mammals, you name it and I like to shoot pictures of it.  Yes, even the creepy, scary, disgusting stuff; it all has something to offer.

Thoughts: In order to get a really decent animal shot, you need to stabilize your camera.  If you have a fancy camera with detachable lenses, then the option exists for you of purchasing lenses with image stabilization built in.  If this is not an option for you, making your own "tripod" is a great practice.  Most people have point-and-shoot cameras that dictate how quickly an exposure is made by your camera for a particular situation.  You need a little cooperation from the animal in question (i.e., for it to not be running everywhere) and all you have to do is set your camera on a rock, set the camera on the hood of your car, or squat down and become your own tripod.  Any of these options will help your photos to come out sharper because the camera will be steadier for longer.  It helps to eliminate as much motion from your end as possible since the animal will be moving around enough for the two of you.  So, the next time you're out and you see something interesting, try to stabilize your camera on whatever you can; legs, rocks, ground, chairs, car, etc.  It will help to improve your image quality without buying a better camera.
Posted by Katie S at 8:03 PM No comments: